Magazines
1. Magazines are publications that people read for information about things in the world and they can be printed or electronically published.
2. Advantages of Magazines
• More targeted: specific magazine titles appeal to specific target groups more so than a newspaper advert.
• Long Life: magazines have a longer “life” than newspapers, they sit about in doctor’s waiting rooms, magazine racks and with collectors.
• Pass-on readership – people may pass magazines on to their friends and family which will increase exposure of your advert
• Status – some magazine titles are well respected in their field, so an advertisement in these will increase your product/service’s prestige by association.
Disadvantages of Magazines
• Deadlines months in advance – magazines often require the ads to be submitted weeks or months in advance. This means you have to ensure your marketing strategy is in place well in advance. It also means that testing adverts can be a lengthy process!
• Cost of testing – colour artwork can be more expensive, so small tests are often uneconomical
• Regional testing – can’t often be done as magazines area often national
• Graveyard – your ad runs the risk of being shoveled into the graveyard of ads in the back of the magazine unless you pay for premium positioning.

3. Attention: They get people’s attention by letting them read the articles or pages they are in to.
Interest: Magazines get people’s interest by showing them what celebrities are doing, how to make some sort of food, or to tell them about beauty products.
Desire: The people that publish the magazine, want people to buy them every day to make a profit. People like to read magazines on a constant bias.
Action: They buy magazines once in a while or they buy them every day.
4. I think the audience for my topic is anyone that buys a magazine, looks at one at a library, or finds one on line. I think that one of goals of magazines is to persuade people to buy magazines to let them know what is going on in the United States or in the world.
5. Based on the information provided to you about the target markets for the Western Marketing Program,
A. I think the target markets that magazines will effectively reach is anybody because some people in each group reads a magazine every other day.
B. To get people from Western to be more involved in reading magazines for fun and information.
C. I would have a magazine stand out in a lobby of one of the buildings and try to persuade people going by to buy a magazine for an amount of dollars.
6. I learned that magazines has a status among other magazines.
7. I think a misconception about magazines are that the cost of testing can be more expensive.
8. 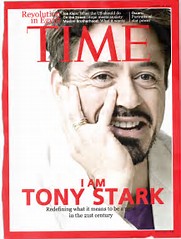